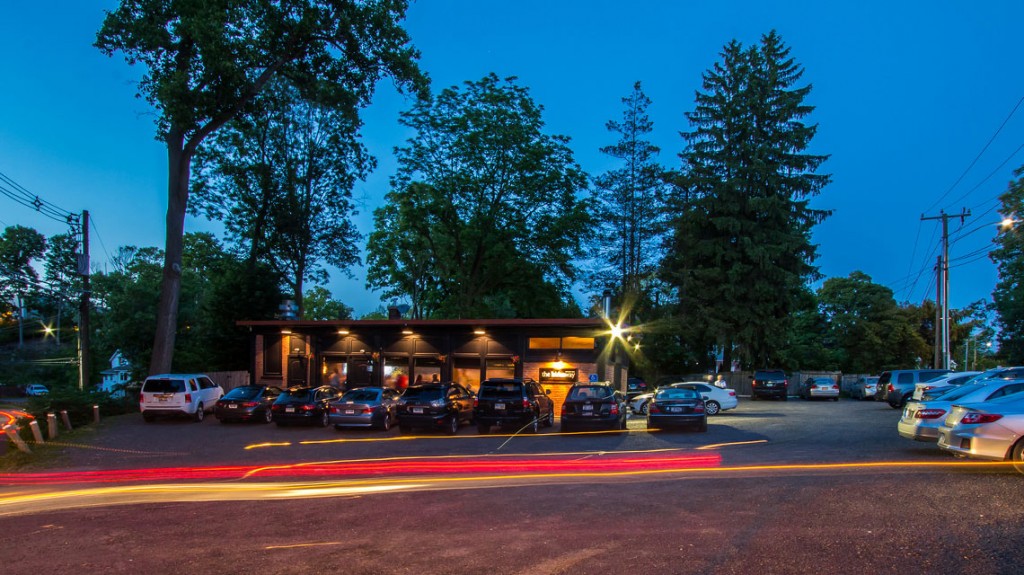 Our Historic & Welcoming Gastro Pub in the Heart of Ridgefield

Everyone knows The Hideaway is one of the best food and drink destinations in Fairfield County, but did you know our historic building was actually built by a railroad company over 120 years ago as a place to store explosives?

Dynamite was used to blast through Ridgefield’s granite boulders so that track could be laid for the steam locomotives soon to arrive. It seems our building (sturdily built of steel, concrete and brick) played an important role in the prosperity of Fairfield County, and beyond.

After completing its job as a dynamite shack, our building became a repair shop for railroad cars because it was conveniently located right across the street from the town railroad station. Historians have told us that the tracks actually entered the building through giant doors allowing train cars in need of maintenance to enter and leave the shop. Our restaurant walls still have metal plates covering the huge gaps where these swing-out doors used to hang.

In the late ’30s and early ’40s this establishment was owned by John Pierpaoli. Apparently he milled apples for cider out in the back, and some have said that he also brewed hard cider there during the prohibition years.

We believe that the old railroad building was first converted into a restaurant/bar in the mid 1950’s, when it was taken over by John’s son, Joe Pierpaoli. It was then known as Joe’s Hideaway, the sign for which we uncovered during our renovation in July of 2012. 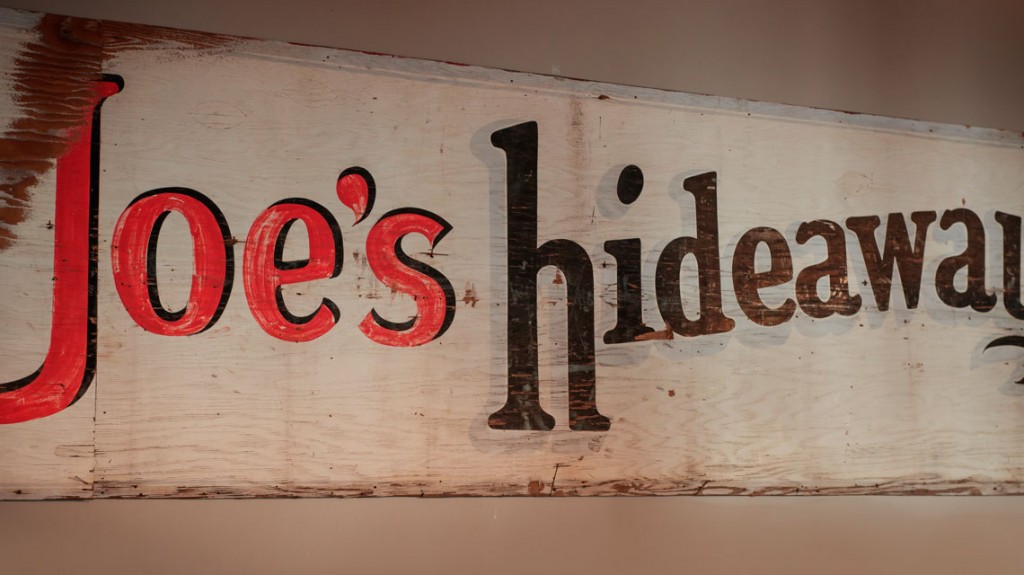 In the 1960’s the tavern was taken over by Bill & Helen Lyons and called Perp’s Tavern, also known as Perp’s Café and The Lyon’s Den) During this time it became known as a pretty seedy establishment know for strippers, exotic dancers, and periodic raids by the Ridgefield Police Department. 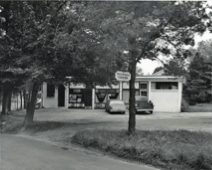 In 1978 Kevin and Albert Rowe acquired the location and called it the The Village People Café. The Rowe brothers grew up on Knollwood Drive and operated there for a few years.

The Corner Pub came next, opening on St. Patrick’s Day in 1982. It was owned and operated by Barbara McCarthy and remained a family dinner and late-night crowd favorite for 3 decades until they closed their doors in 2012

Today, the new pub is called The Hideaway. The current owner, Patrick Lynch, (whose wife, Heidi Hawkins Lynch was born and raised in Ridgefield), is passionate about food, loves to be around people, and plans to continue the amazing tradition of this historic establishment.

A Melting Pot of Different Generations 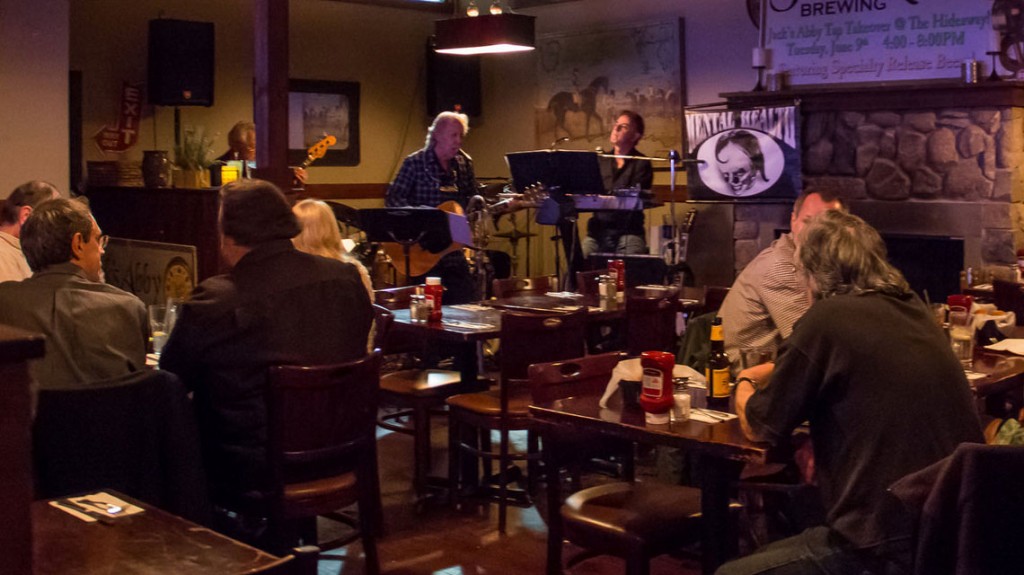 The Hideaway takes pride in welcoming everyone: from young couples and seniors enjoying a cozy meal in front of our roaring fireplace to working professionals pulling up for a quick bite, to people of all ages celebrating birthdays, baseball games or just a job well done. Families are comfortable in The Hideaway’s dining room, with a menu uniquely designed to impress the most sophisticated palate… while still having plenty of choices for the kids and a variety of unique and traditional burger selections. The Hideaway also offers healthy fare, and the chef’s enticing salads are a very popular lunch and dinner item. 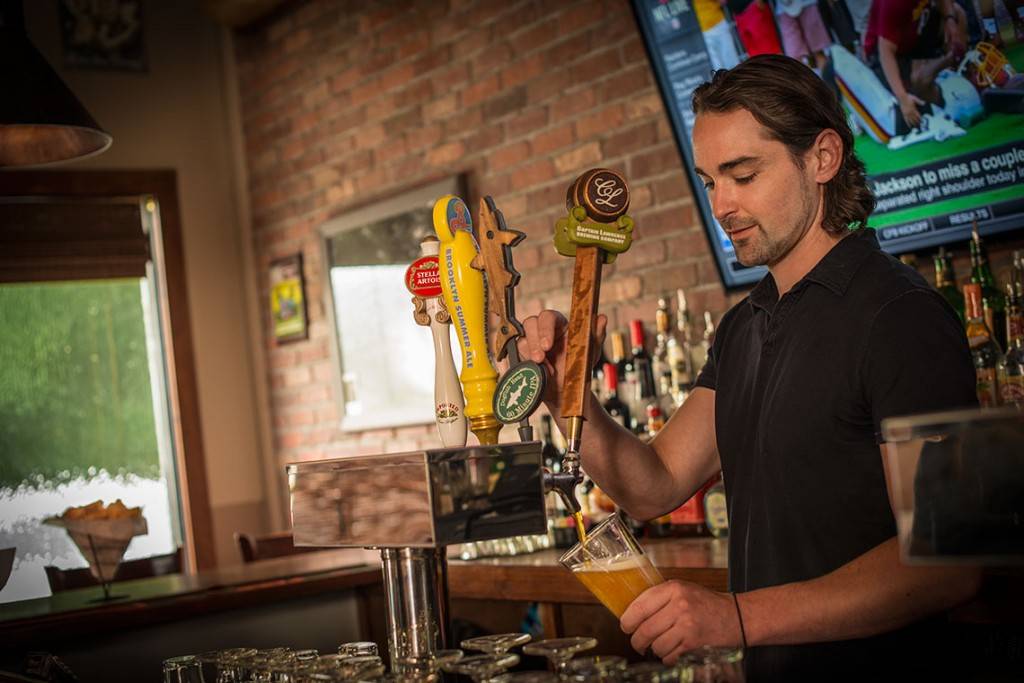 College students and sports fans love The Hideaway’s craft beer selection with bar/food seating in front of our three, giant screen TV’s. Our daily 3-5:30 pm happy hour drink specials convince many to leave work a bit early during the week. Our cocktails are also hugely popular with the after-theatre crowd, as The Hideaway is within walking distance of both the Ridgefield Playhouse and the new Prospector Theatre Complex.

A casual place with great food! (and we’re open late too)

No matter who you are or what’s going on, come on down to 30 Grove Street in Ridgefield, CT. Come hungry, because The Hideaway’s kitchen stays open until midnight on Fridays and Saturdays!

Everyone is welcome at The Hideaway, so come thirsty and connect with old friends, or meet some new ones…

Come on down TONIGHT and see for yourself!